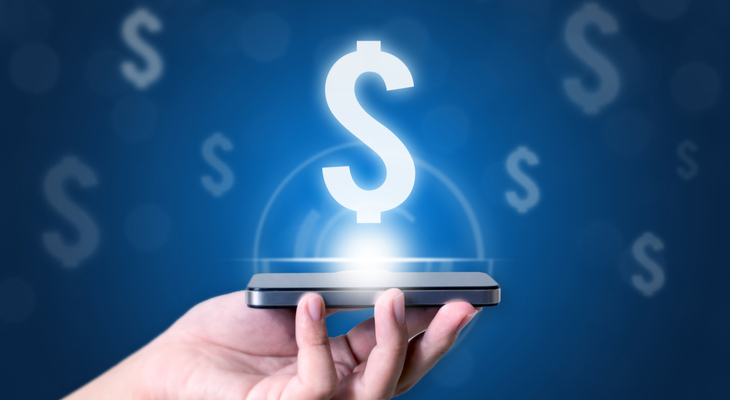 You may have heard stock traders discussing “LUPA” stocks. But what are they?

LUPA is a relatively new acronym that refers to four high-profile tech companies that have made their public debuts in recent years:

Take the first letter of each stock and you get LUPA. These stocks are also referred to as “PAUL” stocks.

In this article, we will first look at LUPA stocks as a whole then drill down into each stock.

LUPA stocks are often grouped together for a number of reasons. First, they are all tech companies, meaning that they all generally operate within the same market sector.

Second, before they went public, these companies were “unicorns,” which meant that private equity investors had valued each company at more than $1 billion. Lastly, they are all recent IPOs that hit public markets with a mix of copious red ink and heady growth.

Here is a deeper look at each of the LUPA stocks to help you understand their business model and growth potential.

Lyft began trading on the NASDAQ on March 29, 2019 and became the first ride-hailing company to become publicly traded in an eagerly-awaited market debut that netted it a valuation of about $18 billion.

Lyft and rival Uber have been challenging each other for dominance in the ride-hailing industry for years.

But like Uber, Lyft is also deeply unprofitable. Both companies provide basically the same basic services so the competition boils down to market share, driver pay, and other factors that can help get them to positive cash flow.

Shares of Lyft soared 8.7% in its first day of trading after opening at $87.24, well ahead of its initial public offering price of $72 per share. But the stock has taken quite a hit since completing the IPO. It is currently changing hands at $57.06 per share with a market cap of about 18.79 billion.

Uber went public in May 2019, ten years after Garrett Camp and Travis Kalanick launched the company. The Lyft competitor priced its public offering at $45 a share valuing it at about $82.4 billion. It raised $8.1 billion from the offering.

But the stock began a downward trajectory as soon as it went public. At the time of this writing, shares of Uber are currently trading at $49.80 apiece.

There have been concerns from investor about the company’s business model and workplace culture. Uber has previously been rocked by a series of scandals, including sexual harassment, embarrassing leaks about the conduct of top executives, and questionable spy programs. Kalanick was ousted as CEO of ride-hailing behemoth after a shareholder revolt in 2017.

The company also faces stiff competition both in its ride-sharing and food delivery services, and price wars with Lyft and other rivals in each market are projected to continue.

While CEO Dara Khosrowshahi described Q1 2021 as the “best quarter ever” for Uber as gross bookings hit an all-time high, the company still posted a net loss of $108 million.

However, that was a drastic improvement from the $968 million net loss the company recorded in the fourth-quarter of 2020.

Pinterest is a social media site that allows users to visually share, and discover new interests by “pinning” videos or images to their own or other’s board and browsing what users have pinned.

People use it to get inspired across a variety of subjects like interior design, cooking, clothing and travel. Simply put, it is a visual platform optimized to inspire users with new ideas and understand one’s tastes.

Shares of Pinterest began trading in April 2019, giving the company a valuation of $10 billion.

Pinterest has been able to put together a solid business since it was founded in 2010. As of Jan. 2021, the company ranks as the 14th biggest social media network in the world in terms of global active users. It ranks below social sites such as Facebook, Snapchat, Instagram and TikTok — but above Twitter.

In 2020, Pinterest added more than 100 million monthly active users, its biggest ever increase. While the company does not pose much of a threat to social media titans Google and Facebook, some analysts believe there is still room for it to grow.

The core of its philosophy is that by inspiring its users with products, ideas, etc., it creates value for both its shareholders and its users. Over the last year, the company has raised its average revenue per user (ARPU) substantially in all markets, while user growth was reasonable.

Airbnb finally hit Wall Street in December 2020 after years of toying with the idea of whether to become a public company or not.

The IPO capped a meteoric rise in valuation for the company. According to PitchBook, Airbnb’s Series A fund-raising round in 2010 gave it a valuation of $60 million.

A decade later, during a pandemic that has battered the travel industry, the company is worth more than $100 billion, or more than Marriott and Expedia combined.

Airbnb has already rapidly grown since it was founded in 2008, but it is expected to expand even further now that it has gone public.

The home-rental company has also made several acquisitions in the last few years to expand its offerings. The most notable acquisition is HotelTonight, an app that allows users to book their stays last minute. Airbnb completed the acquisition of HotelTonight in 2019.

Airbnb has a network of more than 4 million hosts spread across 220 countries and more than 100,000 cities. The company derives just over 50% of its revenues in North America, another 30% in EMEA, and the rest in Latin America and Asia-Pacific.

Lyft, Uber, Pinterest, and Airbnb have greatly transformed how life was a decade ago. Such is the popularity of these companies that they have completely changed the way we have fun, work, buy things, work, and travel.

And as the Covid-19 pandemic recedes globally and more people return to traveling, socializing and using the services offered by these apps, LUPA stocks are likely to see a huge benefit from the pent-up demand.