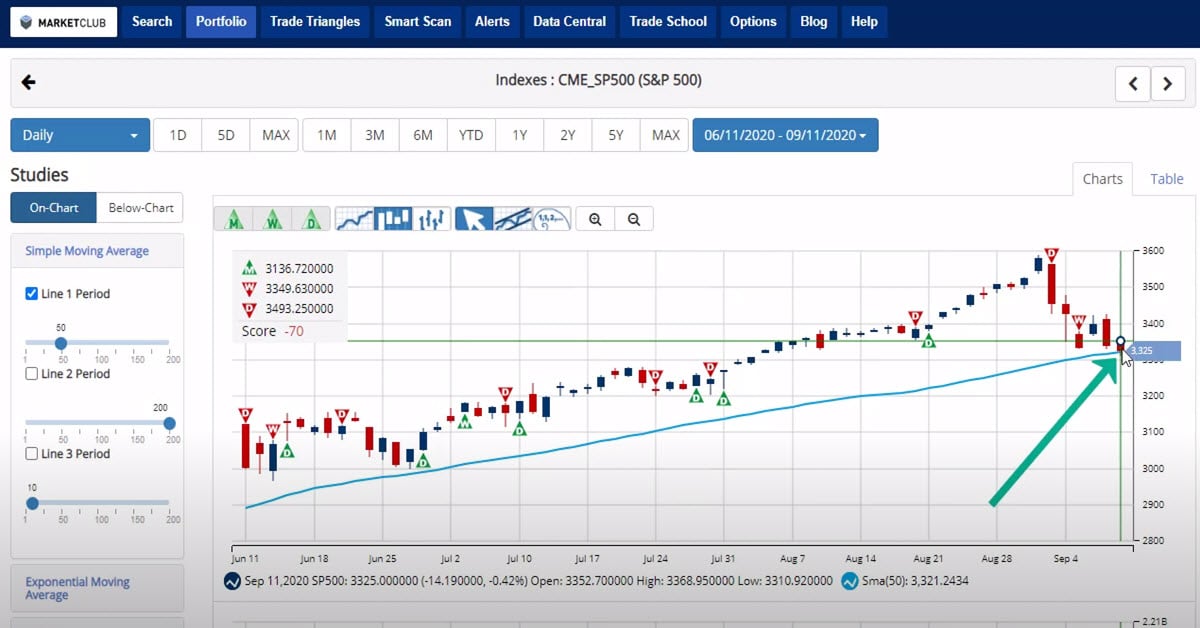 The DOW had been up as much as 249 points in early trading Friday before finally succumbing to sell-off pressure following the NASDAQ and S&P 500 lower in afternoon trading. As this video was recorded, the DOW was flat, drifting in and out of negative territory. The NASDAQ was down over -1%, and the S&P 500 was down -.39%. But the real story is the Trade Triangles.

At the beginning of the week, all three indexes triggered new red weekly Trade Triangles indicating that a move to a sidelines position is in order for the market. The Trade Triangles were triggered when the S&P 500 lost -2.7%, the DOW -2%, and the NASDAQ -4% as tech continued its sell-off from the previous week.

Crude oil, however, hasn’t been as lucky, losing -5% on the week and is now trading below $38 a barrel after demand weakened. The EIA reported Thursday that US crude inventories rose by 2 million barrels for the week ending Sept. 4. That’s the first weekly rise in seven weeks. Total US crude inventories, excluding those in the Strategic Petroleum Reserve, stood at 500.4 million barrels, about 14% above the five-year average for this time of year.