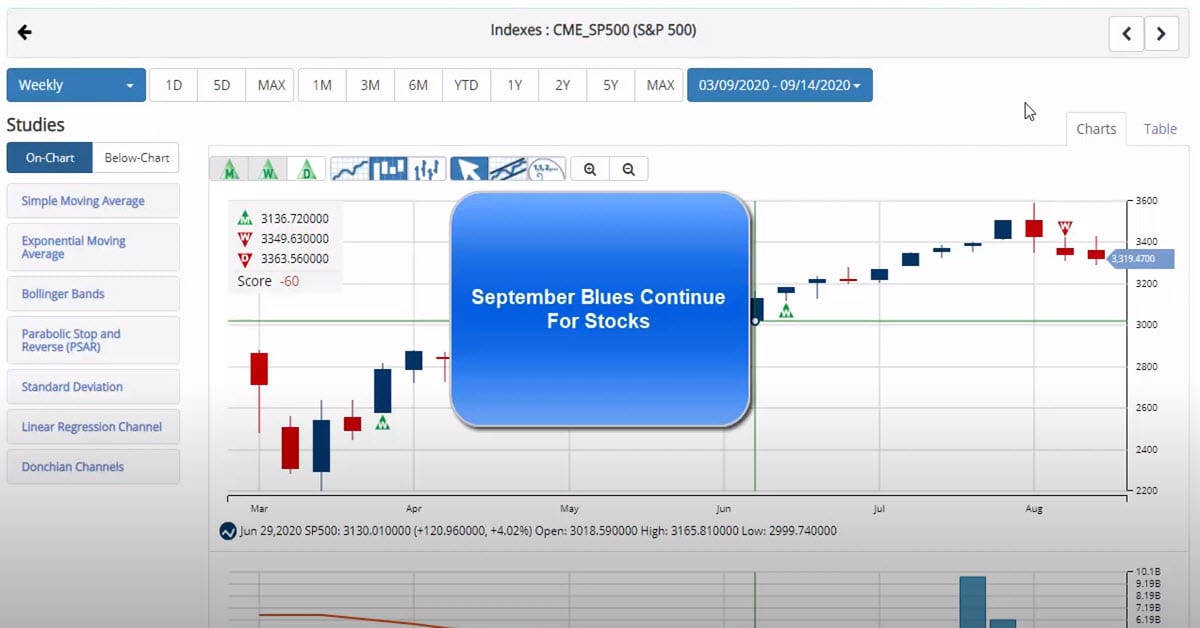 Historically speaking, September tends to be a weak month for the stock market. September has been the worst-performing month for markets, on average, since 1950, with the S&P 500 (SP500) dropping on average about -1% since 1950. And this September is no different as we prepare for the third week of trading. As we stand, the S&P 500 is down just a hair over -5% on the month, the DOW has lost -2.6%, and the NASDAQ has fared the worst with a loss standing at -8%. If we don’t see a second-half rally, the stock market will post its first monthly loss in 5 months.

Will we see a late-month rally? Or are we headed lower?

To round out the data dump, let’s talk about the weekly numbers. All three indexes posted losses marking three straight weeks in a row with the S&P 500 losing -.6%, the DOW -.03%, and the NASDAQ -.5%. The three-week losing streak is the longest such streak of the year.