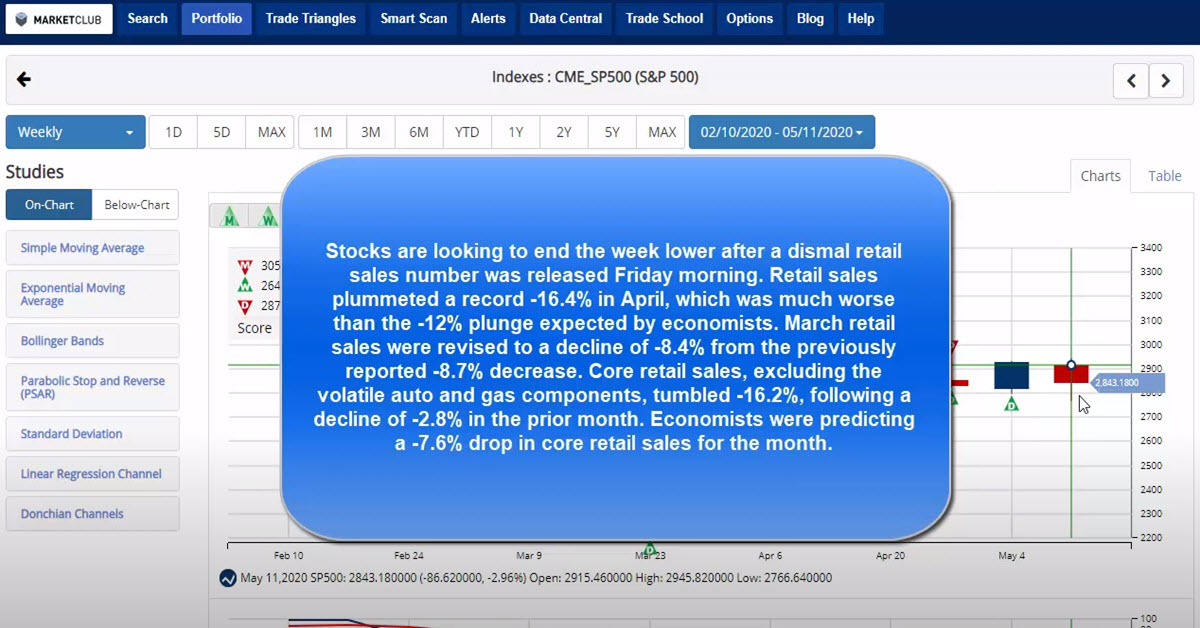 Stocks are looking to end the week lower after a dismal retail sales number was released Friday morning. Retail sales plummeted a record -16.4% in April, which was much worse than the -12% plunge expected by economists. March retail sales were revised to a decline of -8.4% from the previously reported -8.7% decrease. Core retail sales, excluding the volatile auto and gas components, tumbled -16.2%, following a decline of -2.8% in the prior month. Economists were predicting a -7.6% drop in core retail sales for the month.

Meanwhile, non-core components also saw some hefty declines in activity in April. Auto and auto parts sales plunged -12.4%, and gas sales fell -28.8%. Sales from food services were down -29.5%, and spending on building materials decreased by -3.5%.

As for the other markets that we watch, the US dollar will post a weekly gain of +1% posting back to back weekly gains, with four of the last five weeks being in the green.

Gold will post its first weekly gain in three weeks with a +3% gain as it tries to break above the $1780 level. Crude oil and Bitcoin continue to be strong, both posting weekly gains of +17% and +9%, respectively.