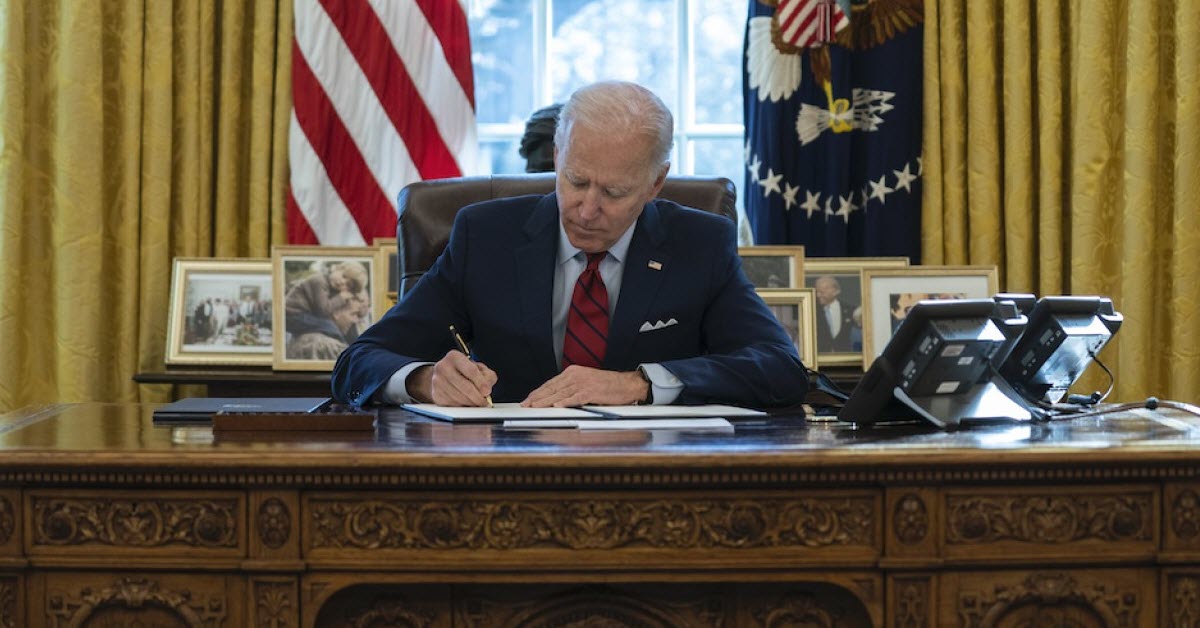 It is said that the first 100 days of a new Presidents term are potentially the most important days of their time in office. This is because, during that first 100 days, they are making all sorts of new policy changes, appointing people to positions, and generally laying out an outline of what they will try to accomplish in the coming years.

Thus far, President Joe Biden has been no different from any President before him. He has written new executive orders, made appointments, and allowed certain arms of the Federal government to have ‘more’ control of certain things. President Biden’s actions have in some small and some large ways already affected your money.

Let’s talk about a few things the President has done and how your money has been affected.

To me, one significant move President Biden has taken was appointing former Federal Reserve Chairwoman, Janet Yellen, to the Secretary of the Treasury. This appointment to me instilled faith, trust, and a lean toward dovish economic policies in the near term as the country continues to get past the economic effects of the Covid-19 pandemic. This has probably given your portfolio as a whole a mild boost higher.

More recently, the Biden administration has, in others words, ‘taken the handcuffs’ off the CDC. It was reported that under the Trump administration, the CDC was ‘hushed’ and dealt with push-back about certain recommendations they wanted to implement during the pandemic. Now that Biden is in office, the CDC quickly announced orders that required masks to be worn on all forms of public transportation, which the Trump administration apparently did not allow. More so than that, the CDC reported that it was investigating requiring a negative Covid-19 test before allowing any passenger board any domestic flight.

The airlines have reported they have blocked thousands of passengers over the last few months from flying due to not abiding by individual airlines rules about mask-wearing but have adamantly pushed back on the idea of requiring all passengers to provide a negative Covid-19 test. The recent mask mandate doesn’t appear to hurt airlines, but the negative Covid test could. Investors in the US Global Jets ETF (JETS) may want to follow this story and see how it plays out.

President Biden has also signed an executive order that effectively bans private prisons in our country. In essence, Biden’s order puts the US Justice Department in the position to “decline” to renew contracts with operators of private prisons in the US. This means that while private prisons may not be banned, they will eventually disappear if their contracts aren’t renewed. This news obviously hurt stocks like GEO Group (GEO) and CoreCivic (CXW), the two most visible private prison companies in the US. These companies will not go bankrupt tomorrow, but they will continuously lose revenue over time. Oddly enough, you may own these stocks if you hold ETF’s that track the Russell 2000 or S&P Mid Cap Stocks. Furthermore, GEO and CXW are large holdings in the Invesco KBW Premium Yield Equity REIT ETF (KBWY) and the Global X SuperDividend ETF (SDIV), to name two popular ETFs.

The above policy changes President Biden has made have in some ways been negative for investors, so let’s talk about one thing he has done that has been positive for investors. President Biden has signed another executive order that instructs federal agencies to lower their facilities and operations impact on climate change. This order believes to have a wide range of impacts for investors through new solar energy initiatives, better heating and cooling systems, and water systems being developed and installed in Federal buildings. The biggest takeaway from this was probably the announcement that Joe wants to replace the 645,000 vehicles the Federal government owns and replace them with EV’s. Obviously, this is bullish on the EV sector, and ETFs such as Global X Autonomous & Electric Vehicle ETF (DRIV), the iShares Self-Driving EV and Tech ETF (IDRV), and the KraneShares Electric Vehicles and Future Mobility Index ETF (KARS) could be big winners from this executive order.

Regardless of your politics, when a new President comes into office, changes will be made. As an investor, you need to keep one eye on what the new administration is planning, so you are not blindsided by a change that would affect you negatively. So you don’t miss a potentially lucrative opportunity.