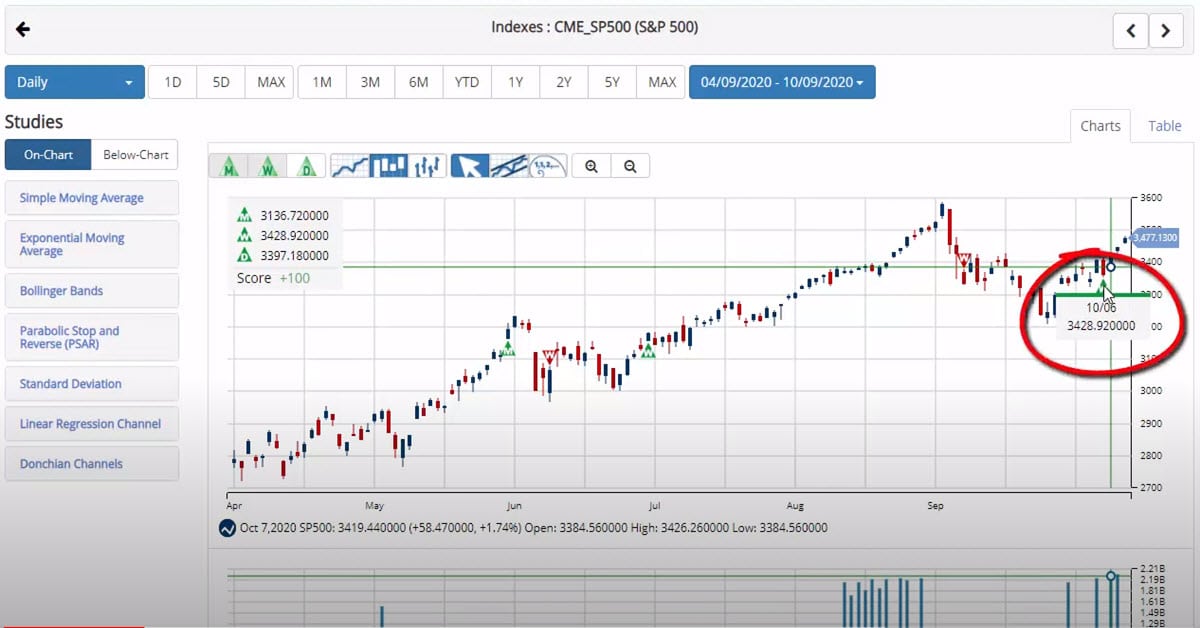 The only instrument that we track on a weekly level to have a losing week was the Dollar Index, which lost -.85% on the week remaining in a sidelines position and succumbing to a rise in the precious metals where gold had back to back weekly gains with a gain of +1.7%. However, it’s still trading below the 1,950 level and remains in a sidelines position with a Chart Analysis Score of +75.

Crude oil bounced back from last week’s -7% loss with a weekly gain of +9.6%. However, the Chart Analysis Score for oil remains in the sidelines position with a score of +65.

Bitcoin triggered a new green weekly Trade Triangle at 11,183.01, pushing the Chart Analysis Score to +100 with green Trade Triangles across the board. As it stands right now, Bitcoin has a weekly gain of +7.7%.