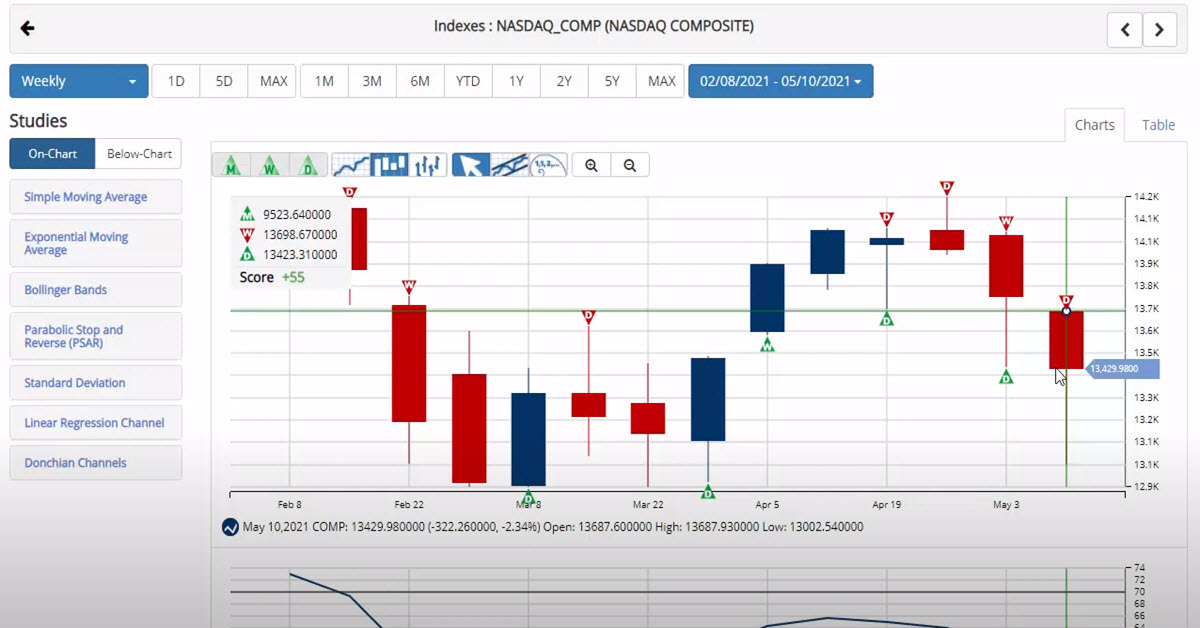 The three major indexes experienced a roller-coaster week that saw the NASDAQ fall -2.3% for the week marking its fourth straight week of losses as the tech sell-off continued. The DOW and the S&P 500 fell -1.1% and -1.2% this week, respectively.

Early in the week, the NASDAQ fell over -5%, with the DOW dropping nearly 1,200 points from Monday to Wednesday. The S&P 500 was unable to escape the broad sell-off losing -4% itself.

Bitcoin was the other big story this week when Tesla CEO Elon Musk tweeted that the electric vehicle maker would suspend car purchases using Bitcoin, citing environmental concerns. That tweet wiped as much as $365 billion off the entire cryptocurrency market though it did pare some losses at the end of the week. Bitcoin, Ethereum, and XRP were all sharply lower.

Musk did say later that Tesla will not be selling any Bitcoin and intends to use it for transactions “as soon as mining transitions to more sustainable energy.”

Bitcoin traded as low as $45,700.00 during the frenzied sell-off but bounced back, trading just below $50,000. However, it will stand to lose roughly -16% as we head into weekend trading.