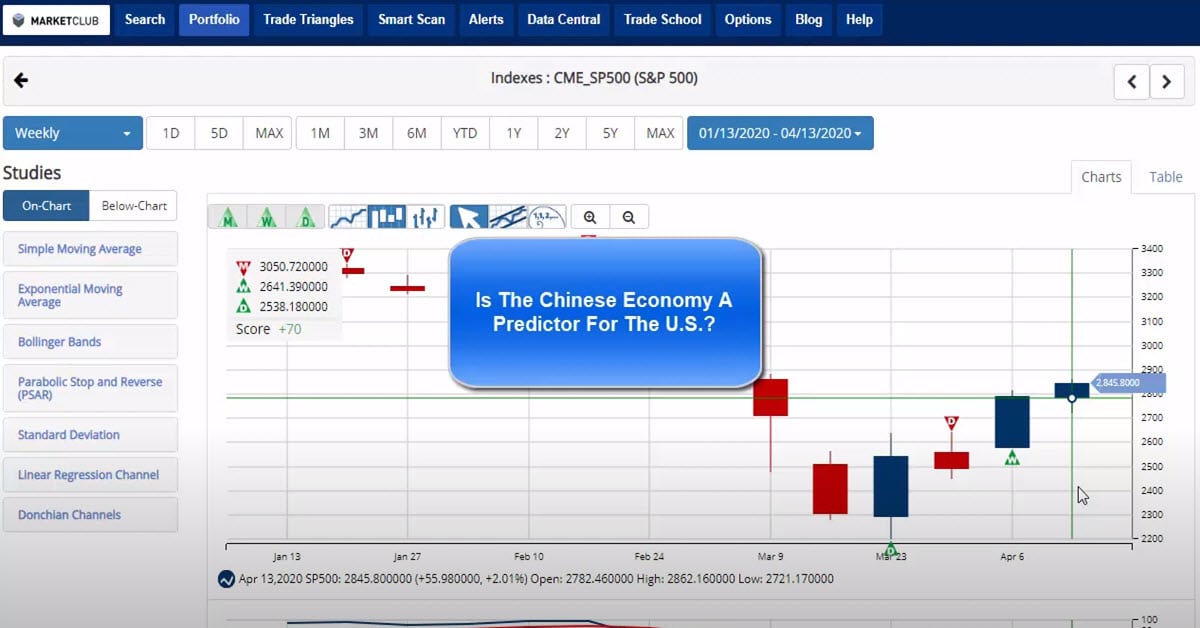 The Coronavirus originated in and hit China first, so it should be expected that the Chinese economy could be used and will be used as a predictor for the U.S. economy moving forward. After all, we are talking about the two largest economies in the world.

Since the mid-1970s, the Chinese economy has had more than four decades of unbroken gains, an incredible run, increasing its domestic economy by roughly a hundredfold and transforming the global economy in the process.

But that winning streak came to a sudden and shocking end Friday. China reported a -6.8% year-over-year contraction in its economy for the first three months of 2020. That’s the first quarterly decline in the gross domestic product since official record-keeping began in 1992 and likely the first since Mao Zedong died in 1976.

That should be quite a warning to the U.S., especially after U.S. retail sales dropped by a record -8.7% in March from the previous month, the most significant decline since records began in 1992. Some of the largest drops came in discretionary purchases that have supported China’s exporters for years. That included a -25% sales drop at furniture stores, a -16% drop in sales at electronics stores, a -51% drop in sales at apparel stores, and a -23% drop in sales at sporting goods stores.

However, INO Contributor, Matt Thalman, proposed a potential bright spot for investors earlier in the week with his article Now May Be The Best Time To Invest In China suggesting that as the Chinese economy comes back online, there will be a rush to the stores by the Chinese people which will provide rapid recovery.