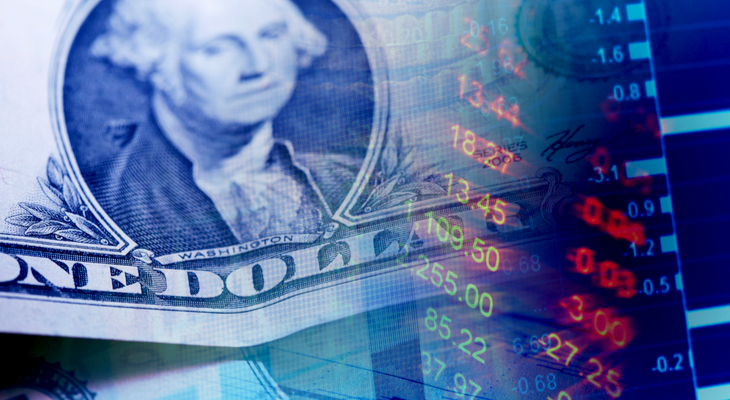 Interest rates play an important role in how markets and economies function. Learn how interest rates affect the stock market and your portfolio below.

On March 15th, the Federal Reserve brought its benchmark interest rate down to 0% – 0.25% to combat the economic distress caused by the coronavirus pandemic.

This headline was quickly replaced when the Fed (and Treasury) began to make bolder moves, but interest rates are often the first tool out of the box when the Fed attempts to speed up or slow down the economy.

Interest rates affect all of the financial assets we buy, whether it’s stocks in a brokerage account, bonds in an IRA, or real estate in a promising location.

Dozens of different interest rates are used to price various types of securities, but stock traders usually concern themselves with central bank action since it can move equities in a big way.

How Do Interest Rates Work?

You’re probably paying interest on something right now. Maybe it’s a student loan, mortgage, or  credit card (hopefully not a credit card), but someone lent you money and expects you to repay it back with interest.

All credit products have an interest rate because no one lends money out of the kindness of their heart. The interest rate determines how expensive it is to borrow money – the higher the rate, the more you’ll be repaying to the lender over the life of the debt.

The main interest rate investors follow is the Effective Federal Funds Rate, or Fed Funds rate for short. Sometimes called the “overnight rate”, the Fed Funds rate is what banks and other financial institutions use when trading reserves overnight (reserves are federal fund balances on deposit with the central bank).

The Fed funds rate has influence on other interest rates, like the ‘prime rate which banks charge creditworthy customers.

The Fed Funds rate is set by the Federal Reserve’s Open Market Committee (FOMC), which meets eight times a year in order to assess the economy and adjust rates as needed.

The Fed Funds rate was set as high as 20% in the early 1980s, but has been on a steady decline ever since. Today, the rate is near 0% and hasn’t gone above 2.4% since the Fed dropped rates during the financial crisis in 2009.

Why Does The Federal Reserve Change Interest Rates?

The Federal Reserve Bank is a quasi-government institution. Yes, they have a large amount of control over monetary policy and its board members are appointed by elected officials.

But the Fed is really just a collection of private lenders, although they do have a “dual mandate” from Congress. According to this mandate, the Fed is responsible for two key economic factors:

The Fed has a number of weapons as its disposal to guide the US economy towards these goals, but interest rates are always one of the first tools out of the toolbox.

When the Fed raises interest rates, it puts pressure on lenders to reign in borrowing. If the cost to borrow money increases, lenders hike their standards and borrowers are less likely to want to borrow.

If inflation is non-existent and the economy is growing too quickly, an interest rate hike can cool things down as business investment drops and consumer spending slows.

On the other hand, if the Fed cuts rates, it makes borrowing money less expensive. This pushes consumers to take out more loans, buy more financial assets, and encourages more spending in general.

Since low rates push consumers to take more risk with their money, rate cuts usually give the stock market a boost. With cheaper money, businesses invest and hire new workers, consumers take out loans or open new credit cards, and banks are more willing to lend to risky borrowers.

Since investors can no longer get the same yield on debt products after a rate cut, they often turn their attention to equities.

When rates are lowered, it’s (usually) viewed as good news for the stock market. With cheaper money, investors are more willing to take on stock market risk since the bond market returns are hampered by low rates.

Additionally, low rates spur companies to increase spending and hiring, which in turn can boost earnings and send stocks even higher.

Rate cuts won’t always send the market higher – stocks continued to tank during the height of the pandemic panic in March 2020 even after the Fed dropped rates nearly to zero.

But a good rule of thumb to remember is that the cheaper it is to borrow, the more risk investors and institutions will be willing to take.

Why is this the case? Interest rate risk is the answer.

When rates rise, the debt securities offered by government and publicly-traded firms also experience an increase in rates. Since newly issued debt now yields more, demand for bonds increases as larger returns can be made with the same amount of investment.

When “risk-free” assets like government bonds have an increase in yield, investors eschew risky stocks in favor of the safer, now more lucrative bonds.

Interest rates play a huge role in our financial markets when it comes to price action. Interest rates vary based on the security and borrower, but most interest rates in the US are influenced by the Fed Funds rate, which is the rate banks charge each other for overnight lending.

The Federal Reserve sets rates during FOMC meetings with the goal of either speeding up or slowing down the economy.

When rates go up, the demand for stocks decreases because less risky assets like US Treasuries or corporate bonds decrease in price while producing more yield.

When rates go down, money becomes cheaper to access and the demand for risky assets like stocks increases. For a day trader, interest rates might not matter much.

But if you want to keep an eye on long-term trends while trading the market, interest rates and their effect on stocks and bonds are something you need to be aware of.