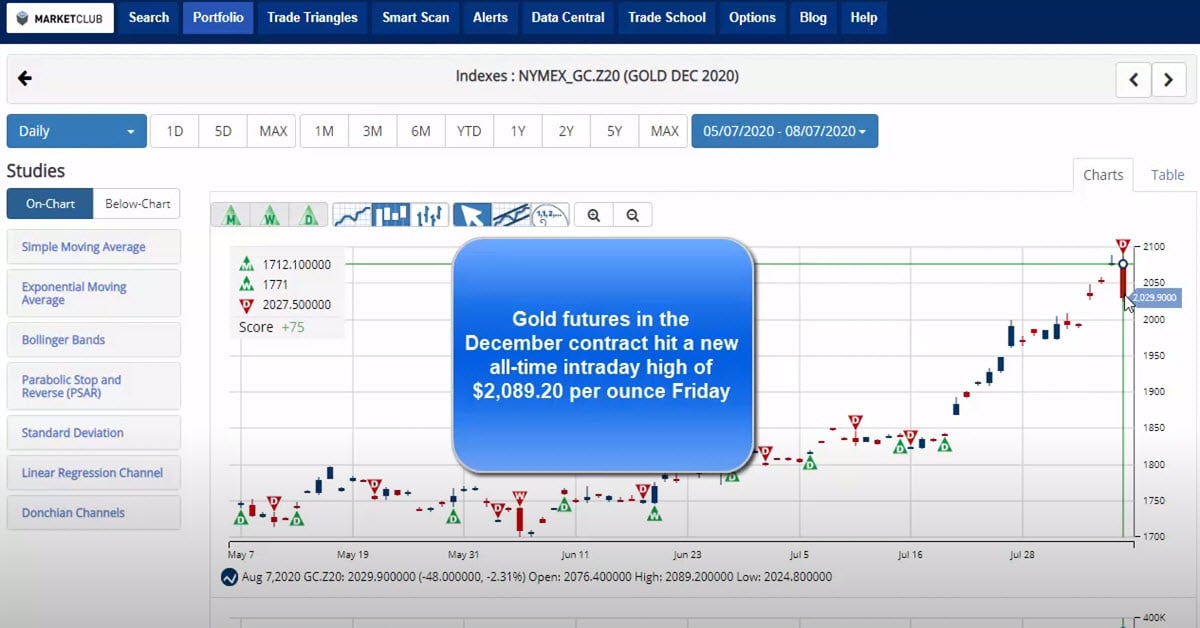 Gold futures in the December contract hit a new all-time intraday high of $2,089.20 per ounce Friday morning as investors poured into the safe-haven asset ahead of the closely watched jobs report.

On a weekly level, the DOW will post a weekly gain of roughly +3% bouncing back form back to bak weekly losses. The S&P 500 gained +2% on the week, and the NASDAQ will post a gain of almost +3% at +2% after hitting several record closes this week trading above 11K.

Even with the record levels seen in gold, the US dollar will finish the week relatively flat, ending it’s six-week skid to the downside.

While not at record levels, crude oil continues to inch it’s way higher, posting a weekly gain of +1.8% in the September contract. It traded as high as $42.39 this week.

Nonfarm payrolls increased 1.763 million for the month, the Labor Department reported Friday. The unemployment rate fell to 10.2% from its previous 11.1%, also better than the estimates from economists surveyed by Dow Jones.

An alternative measure that includes discouraged workers and the underemployed holding part-time jobs for economic reasons fell from 18% to 16.5%.