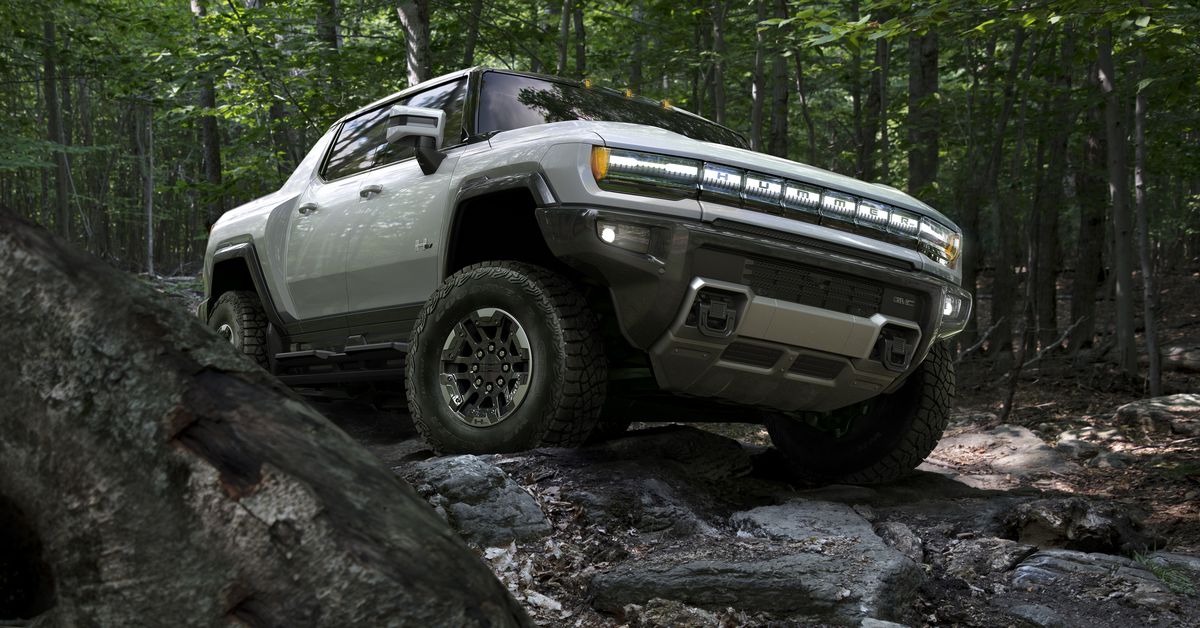 We all know Tesla (TSLA) is a run-away train, but what if I told you General Motors (GM) could soon be not only chasing down Elon Musk but maybe passing him?

OK, all of the Tesla fanatics need to take a deep breath and calm down. The thinking that another “car” company could pass Tesla is not a negative comment against Tesla; it’s the reality that we are now living in a world where electric and other alternative energy vehicles are not “pipe” dreams but reality.

The late January announcement from General Motors that they will no longer sell internal combustion engine vehicles in the United States by 2035 is the writing on the wall that gasoline is ending and EV’s will dominate the road. In 2020 Tesla delivered 499,550 vehicles, which shows that we have demand for EVs even now. Perhaps not like the demand that GM still has for gasoline-powered vehicles. GM sold 7.7 million in 2019, down from the 8.3 million it had sold in 2018 and way off its high of just over 10 million in 2016. These are worldwide sales figures, but regardless GM sold 2.5 million vehicles in the US in 2020.

What’s the point of these figures? While Tesla is far ahead of General Motors and, for the most part, all of the competitors in the EV market, GM, Ford, and Toyota, for example, all can build a lot more vehicles than Tesla can today. Tesla needs to build more production facilities, while the others need to play catch-up in terms of technology. One would agree that Tesla has it much easier since they already know how to build a factory, while the other auto manufactures need to figure out how to make good, quality EVs that can compete with what Tesla is producing.

ETFs allow you to buy several different companies and place many different bets without trying to cherry-pick companies that will be the big winners and big losers in a particular industry. And since, in all honesty, we are still in the very early innings of the EV revolution, buying an ETF makes a lot of sense. Let’s take a look at a few you could buy today.

The first one is the First Trust NASDAQ Global Auto Index Fund (CARZ). CARZ tracks a market-cap-weighted index of global auto manufacturing firms. The fund is almost strictly involved in just the manufacturers themselves, not the upstream part suppliers. Top holdings in the fund are Tesla, GM, Toyota, and Daimler. The idea of buying this ETF is simple, have exposure in the whole industry while the whole industry pivots and evolves.

Another route you could take is the ETFs that focus more directly on the EV and Autonomous vehicle industries, not the “old guard” gasoline engine vehicle manufacturers. Start by looking at the Global X Autonomous & Electric Vehicle ETF (DRIV), the iShares Self-Driving EV and Tech ETF (IDRV), and the KraneShares Electric Vehicles and Future Mobility Index ETF (KARS). These three ETFs all focus on the same things; the development, production, and support of autonomous driving and electric vehicles. So, they will have a mixed bag of technology hardware and software companies, some car manufactures, and some of the world’s top technology firms. Any of these ETFs would be a solid option for anyone wanting to get into the EV space now but still wants some protection if the space is already ‘overheated’ and experiences a pull-back. For example, if Tesla is a top holding and gives back some of its gains, but Apple and Nvidia perform well, the fund should still perform.

Perhaps you don’t want that diversity because you already own some of those top technology companies, then you could go with the Global X Lithium & Battery Tech ETF (LIT). This ETF focuses more on battery producers and lithium miners around the world. Obviously, when EVs are the only vehicles being sold, we will need a lot of batteries. Since batteries are currently being made with lithium, that would be an important input. One problem with this ETF is that if battery technology changes and we are not as reliant on lithium, this ETF could be hurt.

Finally, I would like to point out another avenue of how you could play this shift in the auto industry. You could go out and short an ETF that would be negatively impacted if the current auto industry is negatively affected by the upcoming changes. For example, gasoline-powered vehicles have catalytic converters, which reduce the toxic gas from internal combustion engines. A key component in making catalytic converters is palladium. And approximately 80% of palladium demand comes from the auto industry. If you don’t have internal combustion producing toxic gases, you don’t need a catalytic converter cleaning that air, which means you don’t need 80% of the palladium we currently demand. So, short the Aberdeen Standard Physical Palladium Shares ETF (PALL), which holds physical bars of palladium. Palladium is just one example of how you could short something that currently benefits from the auto industry but potentially suffer in the future.