The Energy Information Administration reported that July crude oil production rebounded by 538,000 barrels per day, averaging 10.984 mmbd. This follows a 427,000 b/d rise in June and a 2 million barrel per day collapse in May. The July 914 figure compares to the EIA’s weekly estimates (interpolated) of 11.045 mmbd, a figure that was 61,000 b/d higher. 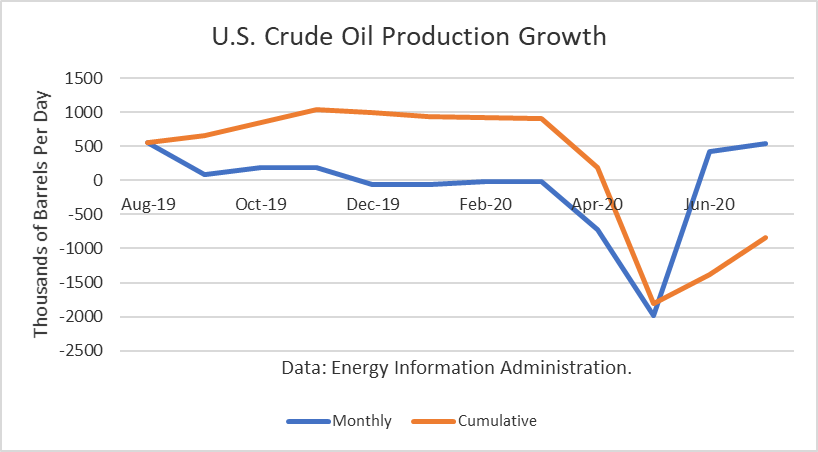 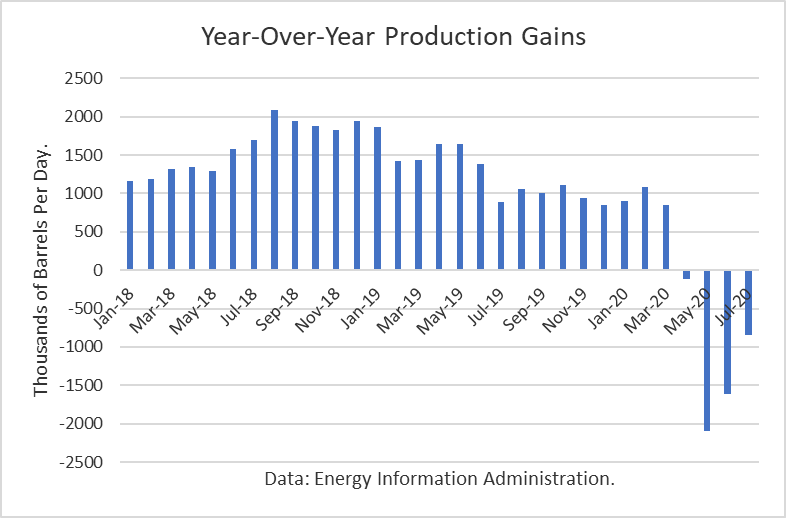 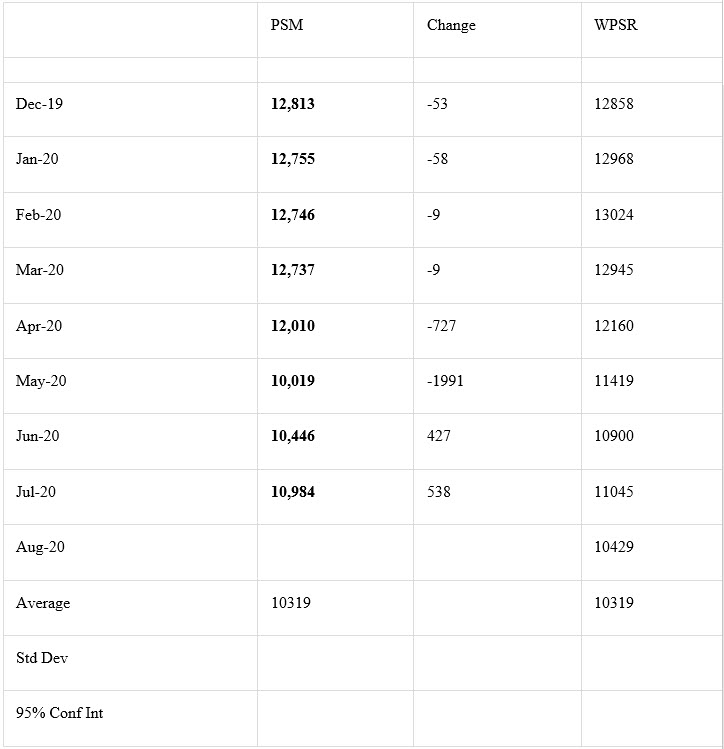 The 914 figure was about 247,000 higher than the 10.740 mmbd estimate for that month in the September Short-Term Outlook. This difference is almost certain to trigger a “rebenchmarking” to EIA’s model in future production levels at this time.

The EIA is projecting that 2020 production will exit the year at 11.060 mmbd. And for 2021, it projects an exit at 11.430 mmbd. These rebounds from the July level are in doubt unless oil prices rise through the forecast horizon, but the demand rebound appears to have stalled and crude stocks are 70 million higher than a year ago. 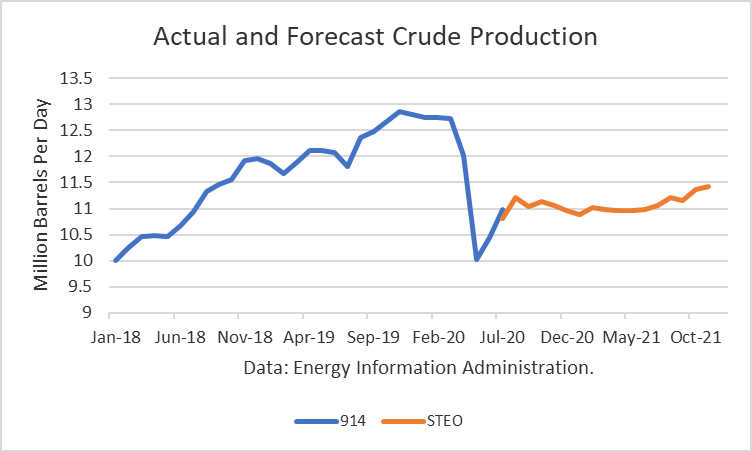 Once again, the actual crude oil production based on the EIA-914 survey data for July shows a lower figure than the EIA’s model used for the weekly assessments and used for the STEO forecasts. This development implies that the outlook is highly uncertain, given the price collapse and unknowns regarding the pandemic and future oil prices.