The coronavirus pandemic has changed many things, and the cryptocurrency world is not immune to this kind of change. Let’s look at how Bitcoin is perceived in the wake of this terrible health emergency.

When it comes to post-COVID Bitcoin value, the elephant in the room is the Federal Reserve’s response to the economic unrest around the coronavirus. The furious printing of billions of dollars is certainly not the best advertisement for the stability of the dollar as a fiat currency. By contrast, many traders do believe that Bitcoin represents a safe haven from either cash or equities markets, as its recent swings show it is not inherently tied to how the markets are doing on any given day. 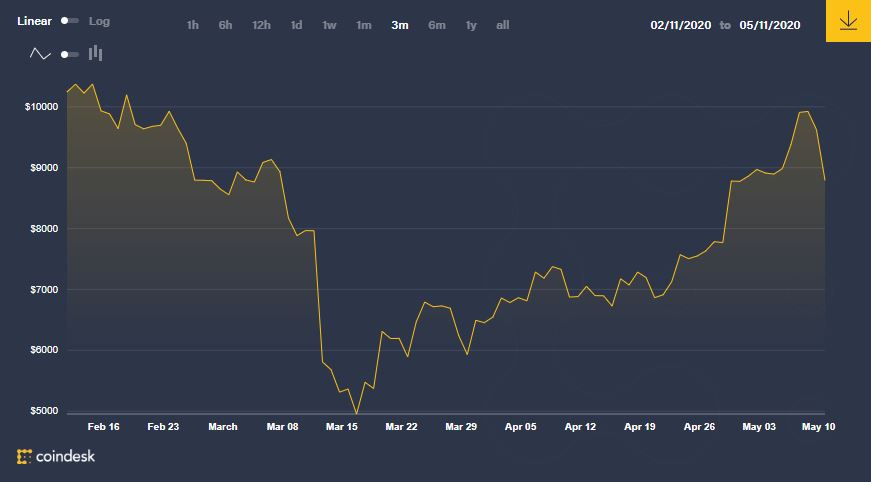 The basic idea goes like this – you want to put your money on the sidelines, because equities are doing so poorly. But cash doesn’t keep up with inflation. Putting value into an alternative network that doesn’t track with the U.S. market is, for some, a great idea. Traders can see this kind of idea played out in articles like this recent one from SeekingAlpha evaluating Bitcoin as a “fiat currency hedge.”

Then there’s the debate between gold bugs and Bitcoin fans as to whether Bitcoin outperforms precious metals or not. The jury’s out on that one, however, since gold has been around as a store of value for a long time, there’s an argument that the market may be oversaturated, or finite in some ways, where Bitcoin has much more room to soar.

“The traditional move would be to hedge against stock volatility with gold,” writes Nathan Reiff early this year at Investopedia. “This has proven an effective method in the past, but a newer alternative is challenging the old-school safe-haven. Launched in 2009, Bitcoin ushered in a new era of digital currencies. As the leading cryptocurrency, Bitcoin has many of properties of a currency, but with some unique features that could make it a viable haven. Ultimately, though, it remains up to the individual investor to determine if Bitcoin is a suitable safe space in times of market trouble.”

Then, too, traders can moderate their cryptocurrency plays to hedge against Bitcoin volatility. For instance, some are getting involved in buying stablecoins, cryptocurrencies pegged to a fiat currency or basket of fiat currencies. That way, they can loosely stabilize their digital assets without making them track the dollar if the dollar is headed toward calamity.

It’s also important to note the existence of secondary plays, where traders can choose to invest in companies offering blockchain services, rather than putting their money directly into Bitcoin or any altcoin.

As for the risks inherent in Bitcoin, here are some of the major criticisms leveled at the cryptocurrency, even after the coronavirus has shown that all markets are inherently volatile.

That first criticism is, of course, volatility. Critics argue that the wild swings in Bitcoin value that emerge often unpredictably make the cryptocurrency a risky asset. Some of these criticisms also note that Bitcoin was originally seen as a medium of exchange. You don’t want to be holding something to buy something, and all of a sudden it’s only worth half of what it was. For instance, Yahoo Finance lists Bitcoin, as well as Ethereum and Litecoin, as cryptocurrencies with the highest volatility, and even a cursory look at time charts bears that out, though a BTC proponent could argue that the coin’s volatility is much greater simply because there is so much trading and investor interest going on. A coin that nobody wants will often be less volatile in this course of thinking.

With Bitcoin’s volatility in mind, most people have jettisoned the idea of using Bitcoin as money. Increasingly, it’s an investment – an alternative investment that’s very controversial, leading to a raft of articles on “how to benefit from BTC volatility” and also other inputs from skeptics like Warren Buffett and “Dr. Doom” Nouriel Roubini on why the volatility makes Bitcoin dangerous.

Then, some suggest that Bitcoin is simply overbought right now, and that its value will crater. There’s the corollary criticism that Bitcoin is not ‘backed up’ by anything, which is kind of curious in the sense that decentralized cryptocurrencies do have supply and demand and a trading community, where fiat currencies, on the other hand, are so vulnerable to central bank manipulation.

A slew of other criticisms of Bitcoin involve deep and profound ignorance of what cryptocurrency is. As a new portion of the fintech economy, blockchain systems and cryptocurrencies in particular are often misunderstood on a very basic level. There’s the fundamental assumption that digital money doesn’t consist of anything, or that is just a gimmick or a fad, like pet rocks. Some invoke historical examples like “tulip mania” as a way to derogate, or more accurately, deride, cryptocurrencies.

But those closest to the Bitcoin phenomenon often see things differently, arguing that there are unique value propositions behind a new digital asset that is transparent and held by consensus, real value that tulips or other scapegoats of history did not have. In other words, the hodler’s unshakable confidence rests on the idea that Bitcoin is not just dependent on investor interest alone. These proponents often point to national and international efforts to use blockchain for innovation, seeing institutional buy-in as a major validator for their portfolios.

All this aside, there are risks in Bitcoin investing, just like with any assets. However, long-term buy and holders are looking for signs of institutional buy-in and a growing infrastructure around Bitcoin or any cryptocurrency asset, believing that in the end, much of the staying and enduring value of these assets will have to do with a radical transformation of global economies from traditional print money to electronic cash.