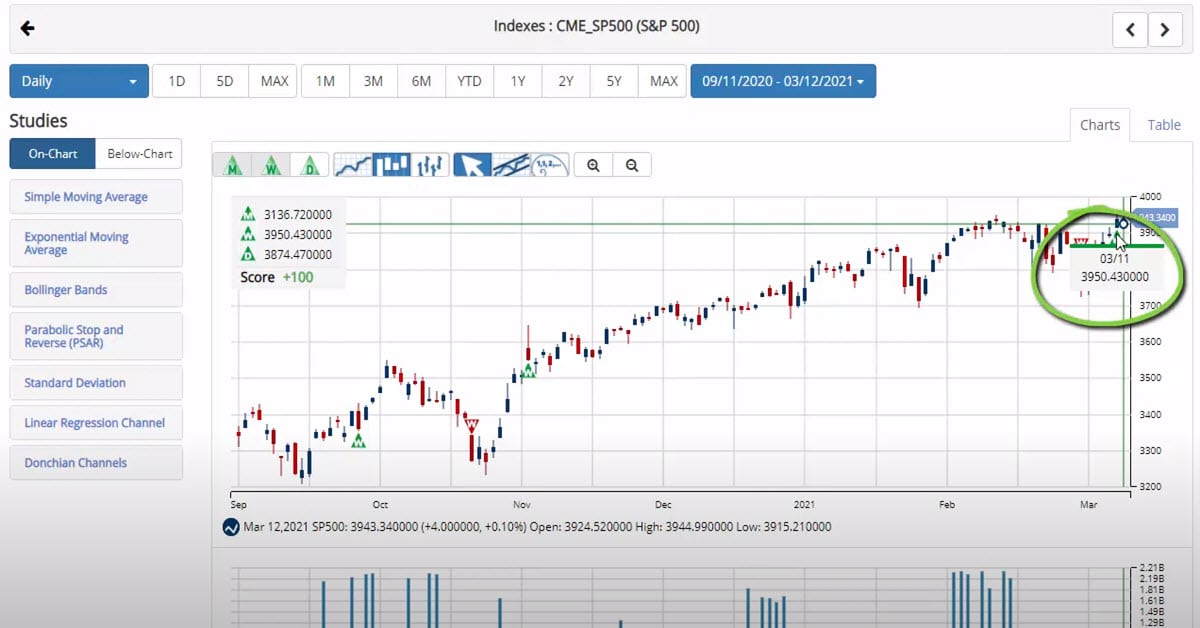 On a weekly level, the DOW and S&P 500 both triggered new green weekly Trade Triangles this week on their way to another record close. The DOW gained +4.07% on the week, with the S&P followed with a gain of +2.6%. The NASDAQ was able to bounce back after three straight weeks of losses with a weekly gain of +3.09%, but it wasn’t enough to trigger a new green weekly Trade Triangles; thus, the Chart analysis score remains +55, in a sidelines position.