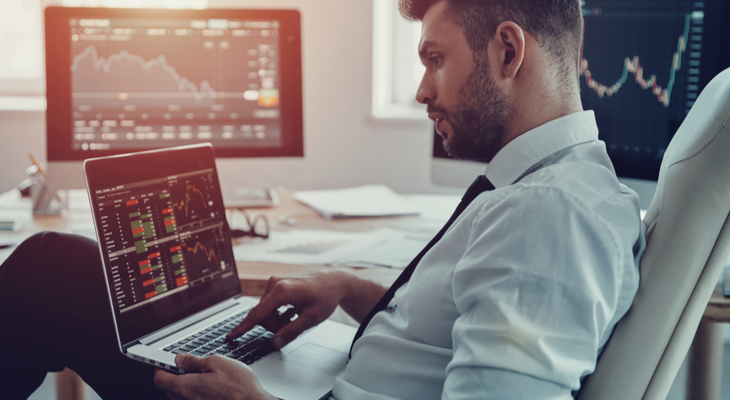 The alternative uptick rule is an SEC rule that prevents short sellers from shorting on the bid after a stock is down 10% in a day.

Once the restriction is in place, short sales cannot occur above the national best bid price for the stock. In other words, short sales must be executed on upticks – which is when a buyer places an order on the ask.

For example, stock XYZ is down 10% today, which is a Tuesday. At this point, the exchanges automatically enable these short-sale restrictions. If the bid/ask for XYZ is $10.50 – $10.55, short sales must be executed at a price above $10.50, which is the bid price.

The short-sale restrictions laid out by the alternative uptick rule will be in effect for the rest of today (Tuesday) and the following trading day (Wednesday).

The alternative uptick rule is officially known as Rule 201 of Regulation SHO. Regulation SHO is a set of rules that govern short selling introduced by the SEC in 2005.

When is the Uptick Rule in Effect?

Under the Alternative Uptick Rule (Rule 201 of Regulation SHO) implemented by the SEC in 2010, the uptick rule activates when a stock falls 10% in one trading session. It’s in effect for the rest of that session, as well as the following day.

Why Does the Alternative Uptick Rule Exist?

As in any crash, society needs a scapegoat. One convenient scapegoat in the Great Depression was short sellers. They profited from the decline of stock prices, they must be evil, or so the theory goes.

Congressman Adoph Sabath even drafted a bill to make short selling illegal in 1932. He blamed the Depression on short sellers, claiming that they manipulated stock prices to cause the crash. He told the floor of the US Congress that “short selling is the greatest evil that has been permitted by the government that I know of.”

Jesse Livermore was actually blamed for the crash because he was short the markets at the time of the crash, pocketing $100 million in the process. In Livermore’s book How To Trade in Stocks, he wrote that most sudden price shocks result from coordinated “plunger” activity, in which a group of traders team up to manipulate the price of a stock. Here are some quotes from the book:

“The theory is that most of the sudden declines or particular sharp breaks are the results of some plunger’s operations… But it is not wise to get out when the break is the result of a raid by an operator, because the moment he stops the price must rebound.”

If there’s enough selling pressure on a stock, when each buy order is quickly hit by a seller, buyers eventually dry up and owners of the stock start to sell at any price in a panic.

The uptick rule aims to dampen that downward pressure, at least for a short time. Because short sales must take place on an uptick, short sellers can’t hit every bid in sight, and must place passive limit orders, which don’t move the price immediately.

The History of the Uptick Rule

The Great Depression stock market crash in 1929 resulted in the US Congress passing sweeping market regulation: the Securities Exchange Act of 1934.

This bill created the SEC and gave them broad power to regulate the activities of securities trading and broker-dealers. The uptick rule was among many rules implemented as a result of the act.

The rule stayed pretty much unchanged for several decades until the SEC eliminated the rule in 2007, right before the Great Financial Crisis occurred.

Short selling has never had a stellar reputation in the eyes of both the law and the financial community. Thus the rule was brought back in 2010 as part of Regulation SHO, which is a set of rules governing short selling.

Although the rule only saw one modification in 2010, at several points along the way, there was regulatory interest in expanding the rule’s scope or taking action against short selling altogether. One example is after Black Monday when the US Congress held hearings to address short selling in 1989.

Looking to the future, we could see additional short selling regulation after the wave of short squeezes in stocks like GameStop and AMC in 2021. Whether or not a structural problem with short selling caused those problems, there is popular support and political will, so keep an eye for that.

Stocks trade differently once they’ve triggered short sale restrictions. Suppose you think of a market as a balancing act between buyers and sellers.

In that case, one side of that equation being disadvantaged (short sellers not being able to sell quickly) can significantly weigh the market in favor of the buyers. It’s not uncommon to see stocks stabilize once the uptick rule activates for this very reason.